Neurophysics is the branch of neuroscience dealing with the development and use of theoretical concepts and experimental tools typically employed in physics in order to gain information about the nervous system.

The Berg group put emphasis on strong quantitative approaches in neuroscience by including computational neuroscience. In particular, we believe investigating populations of neurons, networks, as opposed to the single-neuron tradition, is crucial. In turn, this will likely spur therapeutic strategies for individuals with neurological conditions, especially spinal cord injuries. Our key research areas are:

Awake, behaving rodents, as well as anesthetized and in vitro preparations, are used as a part of our ongoing research.  Our technical expertise includes:

Happy New year! Looking into 2023 let's aim for something big (and easy 😀) Take care everyone! Looking forward to seeing you all soon (Hopefully). From @svendbrinkmann #berglabcph

A well-written piece about our work by Henrik Larsen and the Lundbeck foundation. Thank you for the effort! The English version can be found below. Thanks again to the Lundbeck foundation for supporting our work.
https://lundbeckfonden.com/en/grants-and-prizes/reseach-stories/new-theory-about-the-neural-network-that-controls-walking #berglabcph

Characterizing 13,000 neurons in the respiratory column during in vivo breathing! The preprints paper of this fantastic work is now online. Congrats Nick and Nino!
https://www.biorxiv.org/content/10.1101/2022.11.30.518585v1.full #berglabcph

The is the web site for the lab headed by Dr. Rune W. Berg with the department of neuroscience, Faculty of health and medical sciences, University of Copenhagen. 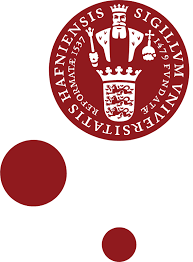